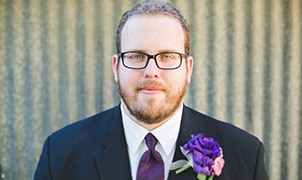 A born and raised native of Phoenix, AZ, David A Miller has been making films since about 2003. He quickly decided his passion in life is specifically in the video editing field along with creating funny shorts to make himself laugh.

After getting his AA degree in Motion Picture Television: Video Editing from Scottsdale Community College, David started making commercial videos and participating in various film challenges. He cut his teeth on live event video including filming and editing live acoustic performances of music groups for a local radio station, VitaminWater, and other clients.

Participating in many many film challenges, and even winning a few awards over the years, David his excited to put together some great challenges for IFP Phoenix and the film community.

Please come out and say hi to David at Industry Night at the 2018 Phoenix Film Festival on Friday, April 6th!